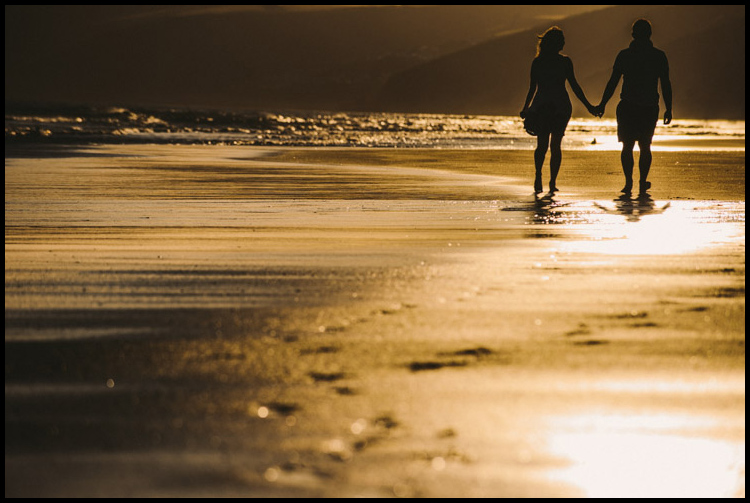 I had been looking forward to this pre shot for a while – in theory anyway. We had not set a date and had agreed that we would just do something at a day or two’s notice when the weather would be tip top for an evening beach engagement shoot. The last time I photographed this pair was about 6 months previously and the date and time we had fixed turned out to be one of the wettest times I had ever shot pictures outside. – not just rain but torrential rain as well as strong winds literally non-stop. Despite being in a small forest area, the rain was so much that I had a coat over my head and camera and was changing lenses every couple of minutes just to have dry and steam free gear to shoot with. It lasted all of about 15 minutes before back to the car – don’t get me wrong we had a fun time and I look back on it and smile. However I had promised the very best conditions for another time before their big day in a couple months time.

So here we are in Whitsand Bay near Tregantle Fort on the south coast of Cornwall, lapping up some sun, and sea for that matter.

Hope you like. It was such good fun – smiles from ear to ear. :D